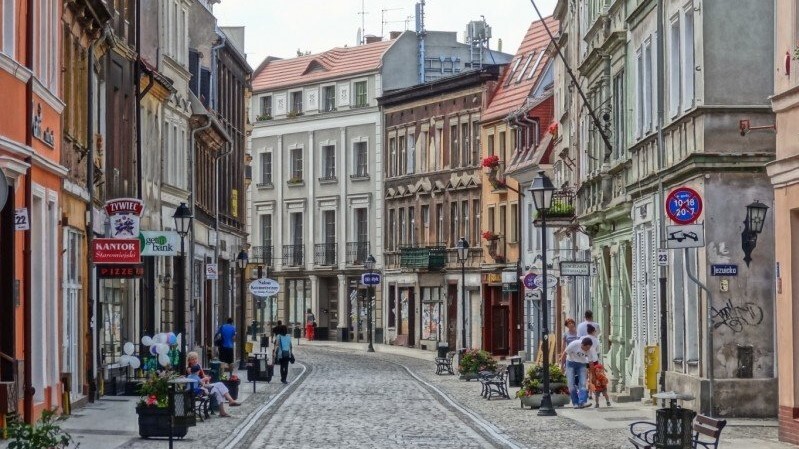 The country between the Oder and the Bug River – situated in the central part of the European Lowlands and occupying its all width from the Baltic Sea to the ranges of the Sudety and the Tatra Mountains – constitutes a natural land bridge between Western and Eastern Europe – first of all in a geological context, but also in a geographic, geopolitical, historical and cultural sense.

Poland is not only a very rich and diversified country as regards its landscape. It prides itself on a long, sandy, at times cliff seashore. Spacious lake districts, along with the Land of Great Mazurian Lakes. Picturesquely undulating or flat, but lushly forested lowlands; naturally, the mountains – from the low Karkonosze, fabulously sculpted to the Tatras of alpine character. In the twenty-three national parks, we shall come across extraordinary natural attractions.

Poland’s statehood is over one thousand years old, which can be easily traced within the country's borders: medieval castles and modern fortresses, old city districts, and magnate palaces. Moreover, foreign influence can also be found within the Polish borders: that of the formerly existing land of the Teutonic Order and the traces of the Russian, Austrian, Prussian, and later German reigns over particular parts of the country. Last but not least is the plight of Polish Jews, whose extermination due to the horrors of the Holocaust also left their mark on the land.

Polish culture has been connected with the western world since the Middle Ages. Affluent modern artistic life wins huge interest across the world in the spheres of music, film, literature, and fine arts.

It is a country of kind and hospitable people who enjoy and respect their customs, for instance, Christmas and Easter grand celebration. In some village regions, local folklore is carefully fostered. Still, Polish people are simultaneously perceptive to newness and difference.

Poland is part of the European Union since 2004; it is a state with a well-developed tourist base, a rich offer of services, as well as old experiences in receiving and serving guests from all over the world. We invite you to make use of our offer! 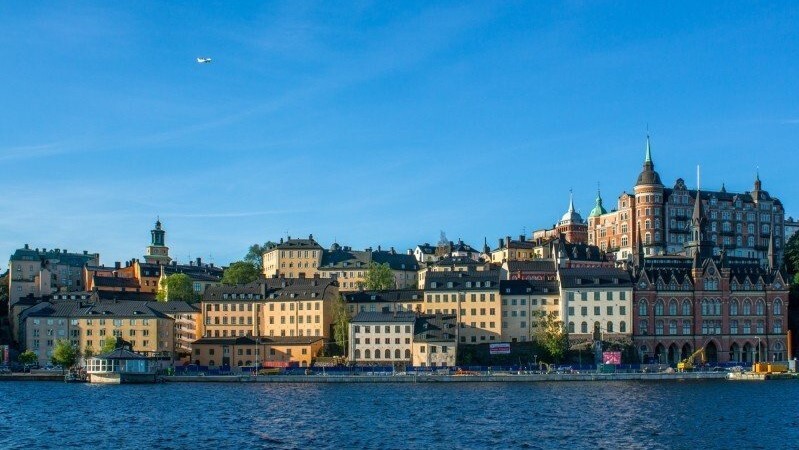 Sweden (Sverige in Swedish) is the largest of the Nordic countries, with a population of 9.3 million. Although having been a military power and spanning about three times its current size during the 17th century, Sweden has not participated in any war in almost two hundred years. Sweden is a developed post-industrial society with an advanced welfare state. The standard of living and life expectancy rank among the highest in the world. Sweden has a strong tradition of being an open yet discreet country. Citizens sometimes appear to be quite reserved at first, but once they get to know whom they are dealing with, they'll be as warm and friendly as you'd wish.

"Nature tourism" remains Sweden’s biggest attraction, with visitors from around the world drawn by the countries stunning nature and untouched wilderness. At the top of many travelers’ wish list is Lapland, with its unique scenery and once-in-a-lifetime experiences such as the midnight sun, the northern lights (aurora borealis), winter’s Arctic chill, and a mystical silence. Contrasting with the solitude of the north is the buzz and bright lights of Sweden’s cities. On the west coast, Sweden’s second-largest city, Gothenburg, has plenty to offer with its vibrant entertainment scene and multitude of cultural experiences. Cosmopolitan and bustling Malmö, in the far south of Sweden, is linked to the Danish capital of Copenhagen via the Öresund Bridge. Together, they make a thriving metropolitan region. 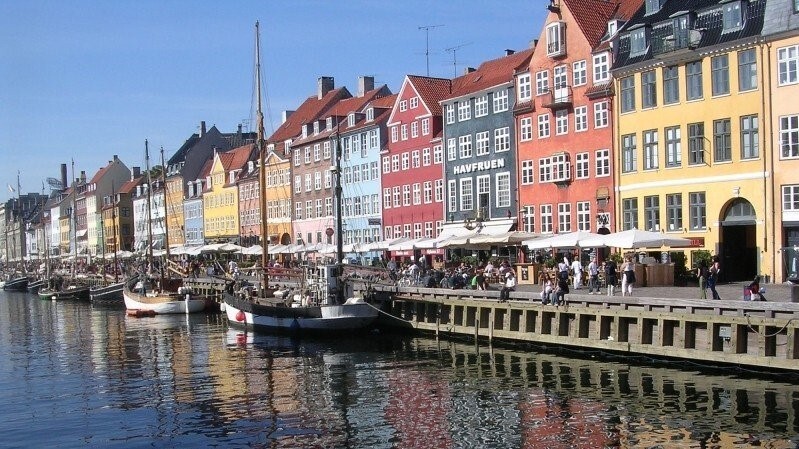 In Northern Europe, you find a small kingdom, well known for its strong economic state and one of the world's most egalitarian societies. Also, Denmark was named the happiest country in the world many years in a row by several international reports.

Denmark is the smallest of the Scandinavian countries. The country comprises the Jutland Peninsula and over 500 islands with an abundance of places to visit. The Kingdom of Denmark also includes the two self-governing territories of the Faroe Islands and Greenland. The latter is over 500 times larger than Denmark but has 100 times fewer people.

From Copenhagen's capital city, where historical royal castles can be found buried among the surrounding forestland, to the beautiful streets of Odense, Hans Christian Andersen's birthplace, Denmark truly is a land of fantasy.

Denmark is a Viking country. For thousands of years, the country flexed its maritime and battlefield muscles, dominating the culture and history of Northern Europe. Centuries on from the Viking era, Denmark remains very much a maritime nation. With an exceptionally long coastline and hundreds of Danish islands waiting to be explored, Denmark is a heaven for beach-lovers. The south coast dramatically meets the Baltic Sea with high cliffs, and the whole country is crisscrossed by walking and cycling trails.

Denmark continues to stamp its effortlessly cool style on the world with its furniture, fashion, architecture, and graphic design, as it has done for the last half-century. This obsession with good design, detail, and fine craftsmanship is evident even in something as mundane as a Copenhagen metro or train ride. 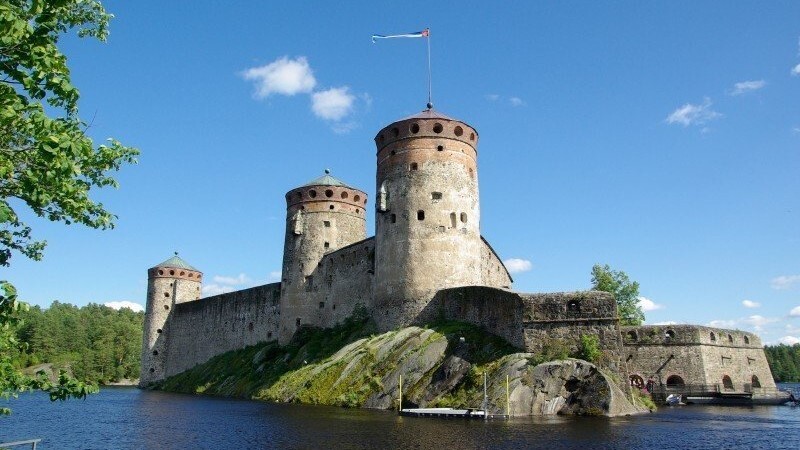 Located between East and West, with snowy winters and warm, light-filled summers, Finland offers several fascinating contrasts. Finland's unspoiled forests, as well as its thousands of islands and lakes, offer plenty of opportunities for visitors to enjoy beautiful natural surroundings.

It’s truly amazing how uniquely exotic each season can be. Four times a year, nature changes its uniform completely – color, light, temperature, sounds, and smells. Everything changes in a way that happens nowhere else.

Snow is guaranteed in Finnish Lapland, and it stays on the ground for up to six months a year. On clear winter nights, the Northern Lights dance across the sky in green waves, lighting up the silent snowy landscape.

Turku, Rauma, Hanko, and Vaasa are a few of the cities scattered along Finland’s coastline. All have modern urban offerings and a score of sights relating to coastal culture and local maritime heritage.

The Åland islands are well worth a visit for a glimpse of life in the archipelago. This autonomous region of Finland, consisting of 6,500 islands, lies between Sweden and Finland, located in the northern part of the Baltic Sea. Idyllic island life, towns where past meets present and great cuisine en route make a drive not easily forgotten. 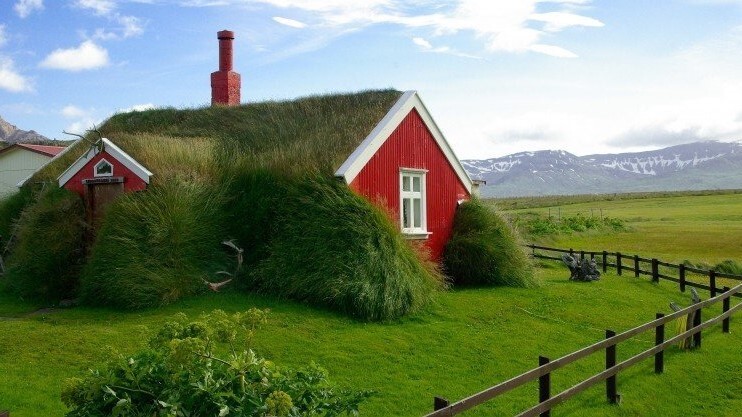 Iceland is a country of extreme geological contrasts. Widely known as “The Land of Fire and Ice,” Iceland is home to some of the largest glaciers in Europe and some of the world’s most active volcanoes.

The landscape is characterized by waterfalls, geysers, volcanoes, black sand beaches, and otherworldly steaming lava fields. Just below the Arctic Circle, its location makes for long summer days with near 24-hours of sunlight, offset by short winter days with very little sunlight at all. Fortunately, while winters in Iceland are dark, they are relatively mild and play host to one of nature's most spectacular exhibitions of beauty - the Aurora Borealis.

Iceland was the last country in Europe to be settled. When the first Viking settlers arrived in Iceland in the late 9th century A.D., they found an uninhabited island. Today Iceland is a thoroughly modern country and home to a progressive and peaceful nation that has formed a modern society where freedom and equality are the most important qualities. Iceland continuously ranks near the top of measurements for quality of life, gender equality, and democracy. It is one of the world's highest-ranked countries regarding health care, education, and internet availability.
Isolation and the extreme nature have shaped Icelandic culture through the years. These conditions have created a resilient nation where family ties are tight, the sense of tradition is strong, and the bond with nature is powerful. The cornerstone of Icelandic culture is the Icelandic language. A strong literary tradition still thrives in modern Iceland. Icelandic authors publish more books per capita than in any other country in the world. Iceland also boasts a prospering music scene, a burgeoning film industry, and Icelandic design is coming of age. 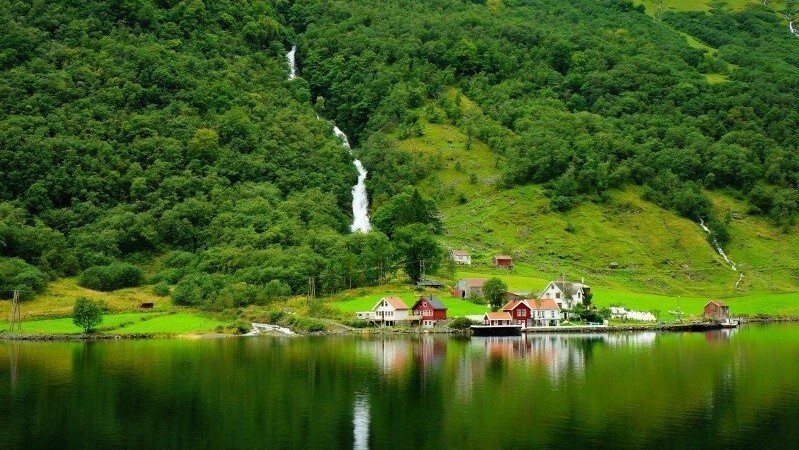 From precipitous glaciers to steep-sided gorges and crystalline fjords, Norway’s natural beauty is impossible to overstate. The Arctic north's unspoiled wilderness is one of the few places where the sun shines at midnight during the summer and where the magnificent Northern Lights brighten the skies during the long winter dark.

In the far north, the glacier-covered subpolar peninsular of Svalbard is one of the few areas where polar bears can easily be seen. Further to the south, Oslo, Trondheim, and Bergen's picturesque cities are brimful of buildings showing off Scandinavia’s age-old flair for design in cosmopolitan surroundings. Away from Norway’s scenic splendors, the UNESCO-listed Bryggen waterfront in Bergen is a colorful jumble of picturesque wooden warehouses overlooking the busy harbor.

Oslo is the present-day capital and financial center, while the country’s second city, Bergen, is a picturesque former Hanseatic trading port and gateway to Fjordland. Stavanger is the focal point of the Norwegian oil industry and former capital, Trondheim, is a long-established center of Christian pilgrimage, and more recently, technical research. Beautiful though the cities are, Norway's real wonders are to be found outdoors, with ample skiing, fishing, and rock-climbing opportunities for the adventurous and nature- lovers alike. 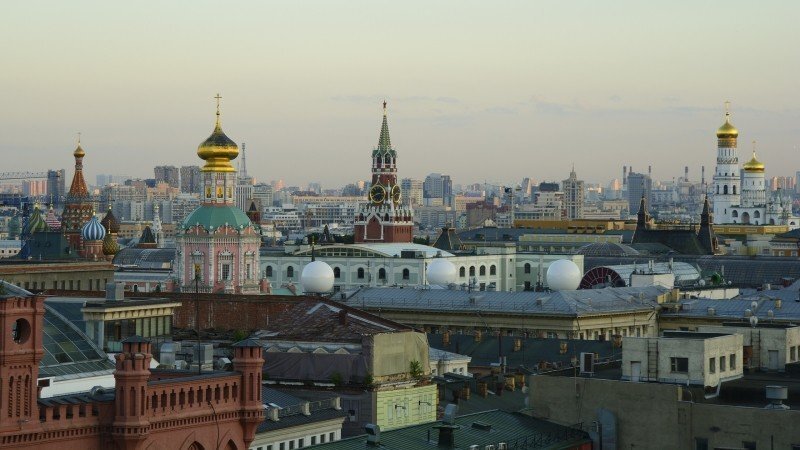 From the windy Baltic Sea to the Pacific coast, from the Arctic ices to the wild steppe, expands a country, occupying one-sixth of the world's landmass - Russia. This is a country of rustling birch woods and silent pine forests, frosty winters and spectacular summers, mighty Siberian rivers and desolate marshes, tundra and never-ending steppe, golden wheat fields and enormous blue skies, sprawling cities and forgotten villages, onion-domed churches, and picturesque Mosques, white-walled monasteries and Imperial palaces, heroic past and thrilling legends, enigmatic icons and stirring symphonies, the homeland of Anna Karenina and Doctor Zhivago, Peter Tchaikovsky and Wassily Kandinsky, the Maryinsky opera and the Bolshoy ballet. These are just some of the attractions of this vast and romantic land. Russia has changed a lot over the past fifteen years. Overcoming the difficulties of transforming itself into a modern capitalist nation Russia is a country with great potential.

Terms, conditions and restrictions apply; pricing, availability, and other details subject to change and/ or apply to US or Canadian residents. Please confirm details and booking information with your travel advisor.