Ireland customized to your exact wishes

From castles to beaches, mountains to cliffs - there is plenty to see around Ireland


Ireland as an entity is as crazy as all the Irish jokes you’ve ever heard. One island, two governments, three huge sports, and four seasons in one day. And the scenery reflects the diversity perfectly. From the major European capital that is Dublin to the harbors and islands of Cork; from the vibrancy of the university city of Galway to the renaissance of Belfast, the cities and counties of Ireland reflect the many cultures who have settled here: Celts, Vikings, British and now the world. If you imagine Ireland to be all Guinness and leprechauns, sorry – there is so much more. The stunning coasts of the Causeway and Clare; the mountains of Donegal, Mayo, and Kerry, the inlets of Strangfjord, Waterford, and Killary, and above all, the endless greens, greys, and blues of this wonderful island are yours for the taking.

All tours are custom-tailored to each individual travel party 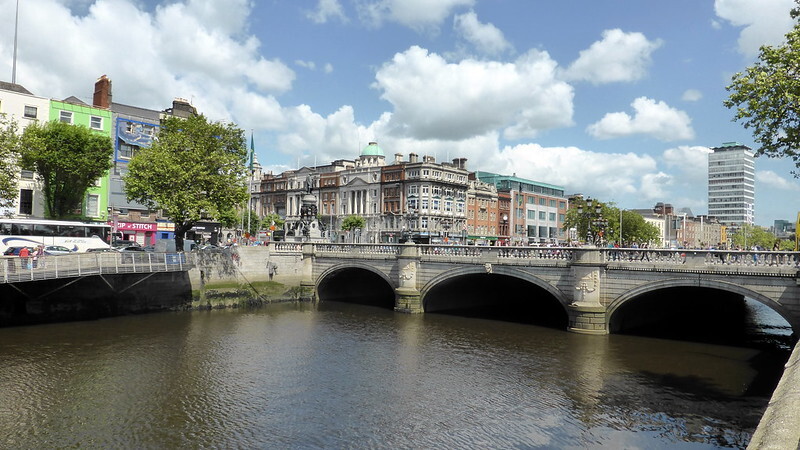 Day One - Dublin
Arrive in Dublin to be met by our guide, or pick up your rental car. Travel (4-5 hours, with stops) to Ireland’s premier holiday resort of Killarney for two nights at the excellent four-star Randles Hotel. This comfortable hotel is only 10 minutes walk from the town center and has superb views of the mountains and lake.

Day Two - Ring of Kerry
Full day tour of the Ring of Kerry, one of Ireland’s most scenic drives, passing the famous golf courses at Waterville and with great views of the Dingle Peninsula (weather permitting, of course).

Day Three - Foynes
Leave Killarney and drive through north Kerry to the resort of Foynes for a visit to the unique Flying Boat Museum. Then cross the river Shannon by ferry and drive to the Bunratty Castle Folk Museum before checking in to the three star Dromoland Inn for the night

Day Four - Cliffs of Moher
See the Cliffs of Moher by land or sea and travel through the unique limestone features of the Burren with its ancient dolmens and Alpine plants. Then on for two nights in the city of Galway at the four star Park House Hotel in the city centre. Galway is one of the fastest growing cities in Europe and has a splendid range of shops and restaurants.

Day Five - Aran Islands
Full day tour to the Aran Islands or touring in the Connemara National Park with visits to Kylemore Abbey and Killary Fjord.

Day Six - Sligo
Drive via the shrine of Knock and the Bronze Age cairns of Knocknarea to Sligo, surrounded by hills and mountains. Two nights at the Glass House Hotel in the town centre.

Day Seven - Enniskillen
Full day excursion over the border into Northern Ireland to visit the county town of Enniskillen with its excellent military museum and returning via the world famous Belleek pottery.

Day Eight - Dublin
Transfer (3 hours) to Dublin for one or two nights at the four star Ashling hotel near the Guinness Brewery. The Ashling has both tram and city tour stops just outside its door. 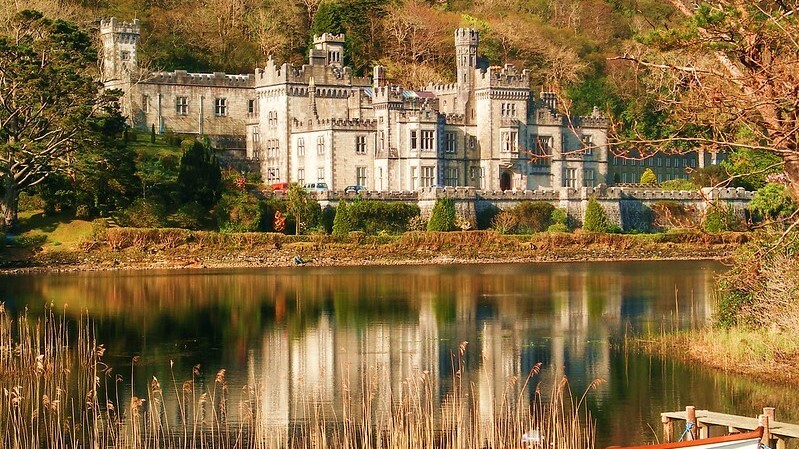 Arrive in Dublin to be met by our experienced driver/guide and deluxe coach. Transfer from Dublin to Belfast for two nights at the Ramada by Wyndham near the Anglican cathedral. This is a good three-star in the city center and handy for Titanic Belfast.

Take the spectacular Antrim Coast Road for a full-day excursion to the Giants Causeway on the north coast with views from Donegal to the Hebrides. Overnight in Belfast.

Drive through the spectacular scenery of Donegal to Sligo for one night at the Radisson Blu Hotel near Rosses Point or at the Glass House in the town itself. En route, see Ben Bulben and Yeats’ grave.

Head “into the west” via Ballina to County Mayo and then down through the National Park to the old-style family-run hotel at Renvyle. Renvyle is a very special place. It is almost the last of the old-style country house hotels in Ireland: a welcoming fire, a cozy bar, a fine restaurant, and the “Pebble beach” 9 hole golf course outside.

Two-hour drive past the ‘Twelve Bens’ to Galway City for two nights in the splendid four-star Park House. Galway is one of Europe’s fastest-growing cities with a range of attractions and restaurants.

Full-day tour to the Burren and the Cliffs of Moher or to the Aran Islands. Overnight in Galway.

Morning motorway return to Dublin (2-3 hours) which will give you time to return the vehicle and take a cab to your hotel, the four star Ashling or similar. This allows you the afternoon and evening in Dublin. 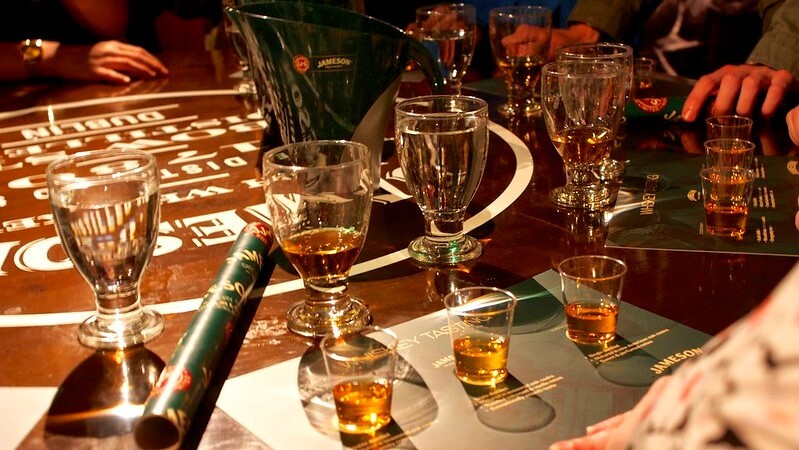 Arrive in Dublin to be met by our driver/guide and deluxe coach. Drive to Kilkenny to visit the castle. Then cross country to Clonmel for your first two nights in a terrific farm guest house deep in the countryside. Olive O’Gorman is a wonderful host and Glasha will give you a good base from which to explore county Waterford the next day. Dinner, bed and breakfast.

Full day in Waterford city and county. The highlights in the town are the heritage centre and the crystal workshop. This is a chance to adapt to the Irish pace and way of life. Bed and Breakfast

Move west and visit the city of Cork. En route, call at the town of Midleton and visit the Jameson Whiskey Distillery Visitor Centre. It’s the best in Ireland: Overnight at the port of Kinsale and B&B at the four star Trident Hotel with the wonderful mailing address of World’s End, Kinsale.

Travel on westward and head for Ireland’s tourism capital of Killarney via either the coastal or the inland route. The scenery is spectacular, particularly at Moll’s Gap. Two nights B&B at an excellent guest house which we have used for 15 years. Conor and Bridget O’Connell are splendid hosts.

Touring or golf. We would suggest Killarney Golf Club or Dooks. Killarney has two wonderful courses besides the lake and Dooks offers great views of the Dingle peninsula at much less than the price of Waterville. In Killarney, you have the ruins of Ross Castle and the stately home that is Muckross House and gardens.

Drive towards Limerick and stop in either Adare or Bunratty for the Folk Park and Castle. Then carry on to the west coast for the Cliffs of Moher. These are best seen from the sea by excursion from the port of Doolin. Then head northwards to another great country house bed and breakfast. Tom and Mairead are another set of fine hosts whom we have known and supported for years.

A day to explore the city of Galway and its surroundings: two fine cathedrals, lots of great shops and pubs, and the river Corrib in the middle of it all.

Morning motorway return to Dublin (2-3 hours) which will give you time to return the vehicle and take a cab to your hotel, the four-star Ashling or similar. This allows you the afternoon and evening in Dublin.

Transfer to airport for the return flight.

Terms, conditions and restrictions apply; pricing, availability, and other details subject to change and/ or apply to US or Canadian residents. Please confirm details and booking information with your travel advisor.