Can you think of a better way to bring in 2020, then sailing the Western Caribbean on the Celebrity Equinox? Escape the cold, spend time with old and new friends, all while visiting excellent ports, and enjoying all the Celebrity Equinox has to offer. Fine dining, spectacular spa services, intriguing ports of call, excellent entertainment options, and did I mention the service provided by the Celebrity Equinox's staff. Give yourself the gift of cruising and start 2020 with a great tan!

CK Tours & Cruises Mike Drozda, Mike@cktours.org will be your host on this Caribbean New Year's Cruise

Additional Costs Include: Taxes and Fees of $118.85/person, optional airfare and transfers from your departure city of choice, gratuities and items of personal nature

A deposit of $250/person confirms your reservation, deposits are fully refundable until August 21, 2019. 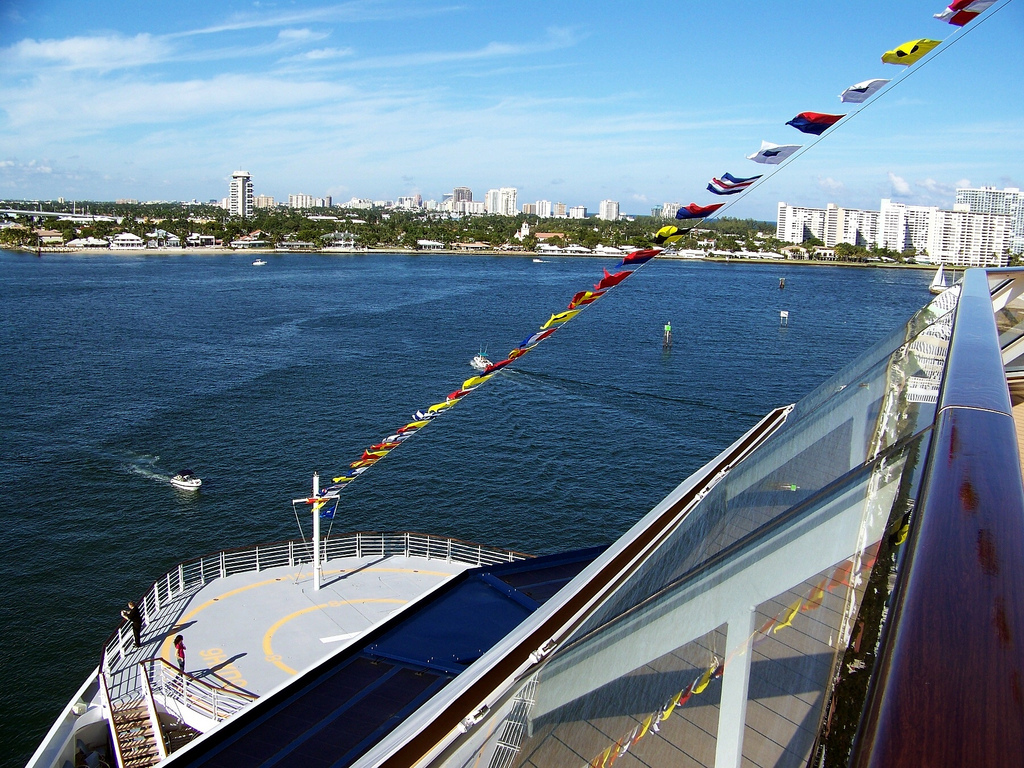 Fort Lauderdale is a city in the U.S. state of Florida, 28 miles (45 km) north of Miami. The city is a popular tourist destination, with an average year-round temperature of 75.5 °F (24.2 °C), and 3,000 hours of sunshine per year. Greater Fort Lauderdale which takes in all of Broward County hosted 12 million visitors in 2012, including 2.8 million international visitors. The district has 561 hotels and motels comprising nearly 35,000 rooms. Greater Fort Lauderdale has over 4,000 restaurants, 63 golf courses, 12 shopping malls, 16 museums, 132 nightclubs, 278 parkland campsites, and 100 marinas housing 45,000 resident yachts. Fort Lauderdale is named after a series of forts built by the United States during the Second Seminole War. The forts took their name from Major William Lauderdale (1782–1838), younger brother of Lieutenant Colonel James Lauderdale. William Lauderdale was the commander of the detachment of soldiers who built the first fort. 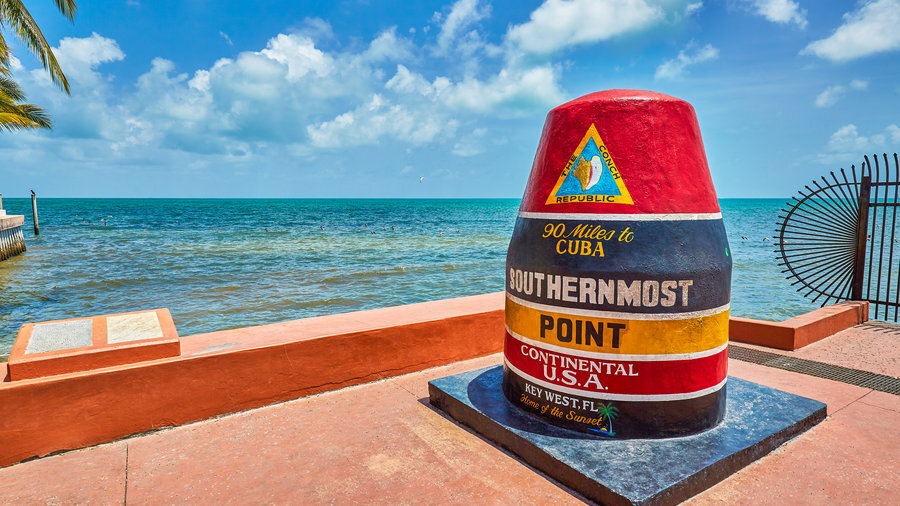 Key West is an island in the Straits of Florida on the North American continent at the southernmost tip of the Florida Keys. It is considered the southernmost city in the continental United States. The city also occupies nearby islands and portions of nearby islands. It’s popularly known for its stunning beaches, coral reefs – destinations for diving and snorkeling. 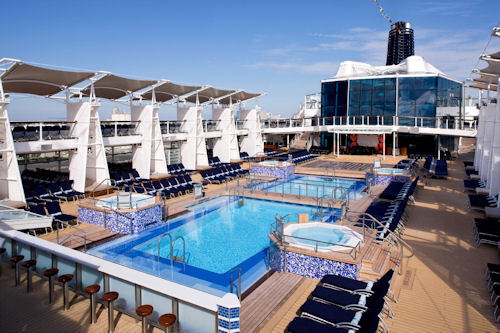 Sea Days are excellent days to explorer the amenities of the Celebrity Equinox, Pools, Spa, Gym are great ways to spend the day at sea 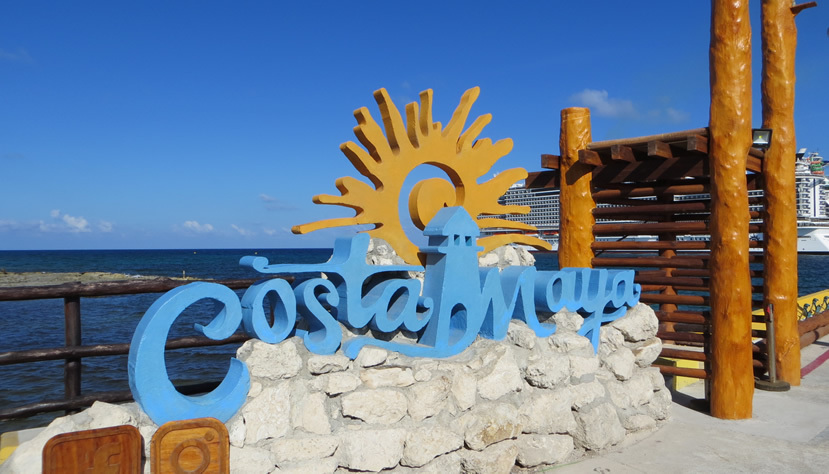 The Riviera Maya is a stretch of Caribbean coastline on Mexico’s northeastern Yucatán Peninsula. The Riviera Maya is a tourism and resort district in Mexico. It straddles the coastal Highway 307 along the Caribbean coastline of the state of Quintana Roo, located on the eastern portion of the Yucatán Peninsula. Historically started at the city of Playa del Carmen and ended at the village of Tulum, the Riviera Maya was originally called the "Cancun–Tulum corridor", but in 1999 it was renamed as the Riviera Maya with the aid of Lic. The Riviera Maya is famous for its large scale all-inclusive resorts and a historical tourism base of smaller boutique hotels as well as the many fine-dining restaurants available along the highway 307 and on or near the beaches. Luxury travel entities have been instrumental in increasing luxury villa rentals and yacht charters in the area however these only represent a small fraction of the total tourism accommodation available. A major attraction throughout the Riviera Maya are coastal and reef aquatic activities dependent on the coastal water and the Mesoamerican Barrier Reef System (also known as the Belize Barrier Reef) which begins near Cancun and continues along the whole length of the Riviera Maya continuing southward to Guatemala. This barrier reef system is the second longest in the world. Activities at the most visited locations include jet-skiing, snorkeling, scuba diving, swimming in cenotes, swimming with dolphins, zip-lining, horse riding, sailing, and guided jungle tours. 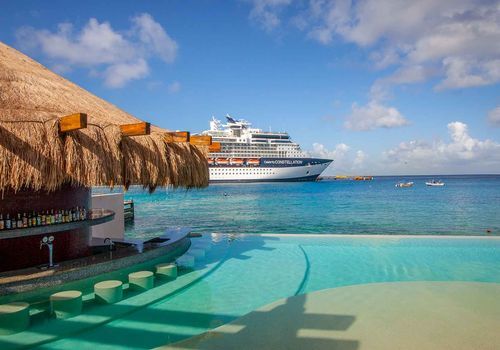 Cozumel is an island in the Caribbean Sea off the eastern coast of Mexico's Yucatán Peninsula, opposite Playa del Carmen, and close to the Yucatán Channel. The island is covered with mangrove forest which has many endemic animal species. Cozumel is a flat island based on limestone, resulting in a karst topography. There are a number of visitors to the island's balnearios, scuba diving, and snorkeling. The main town on the island is San Miguel de Cozumel. The islands belongs to Cozumel Municipality of the state of Quintana Roo, Mexico. 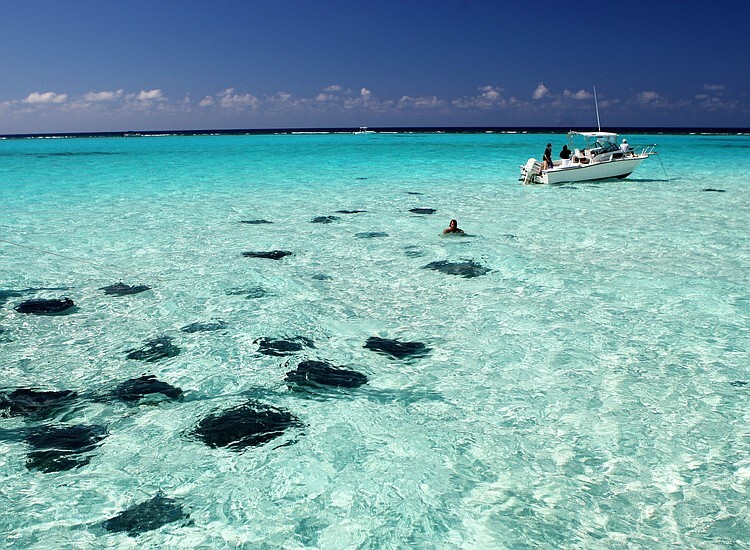 Grand Cayman is the largest of the Cayman Islands, a British Overseas Territory in the Caribbean. George Town, its capital, is home to the Cayman Islands National Museum, dedicated to Caymanian heritage. There are fast food restaurants, night clubs, and resorts on the western side of the island down to George Town. The eastern districts have more restaurants specialising in native Caymanian cuisine. Because of its clubs, resorts, and hotels, Seven Mile Beach has the largest concentration of visitors and tourists on the island. Watersports such as scuba diving and snorkeling are among the most popular activities on Grand Cayman as the island is known for its coral reefs and underwater sea walls along with a number of shipwrecks. 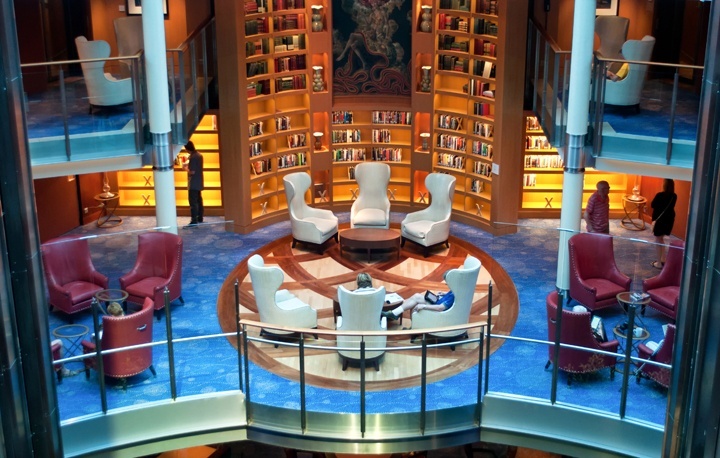 Sea Day: Today is your last day to experience everything the Celebrity Equinox has to offer, take a cooking class, make a donation in the casino, read a great book, visit the onboard planer to explore the possibilities of your next cruise with Celebrity and CK Tours & Cruises

The 8 Most Underrated Destinations in Europe

Ready to discover Europe’s underrated gems? Contact us for your Free Brochure

ALL About CK Tours & Cruises

The CK Tours and Cruises Difference